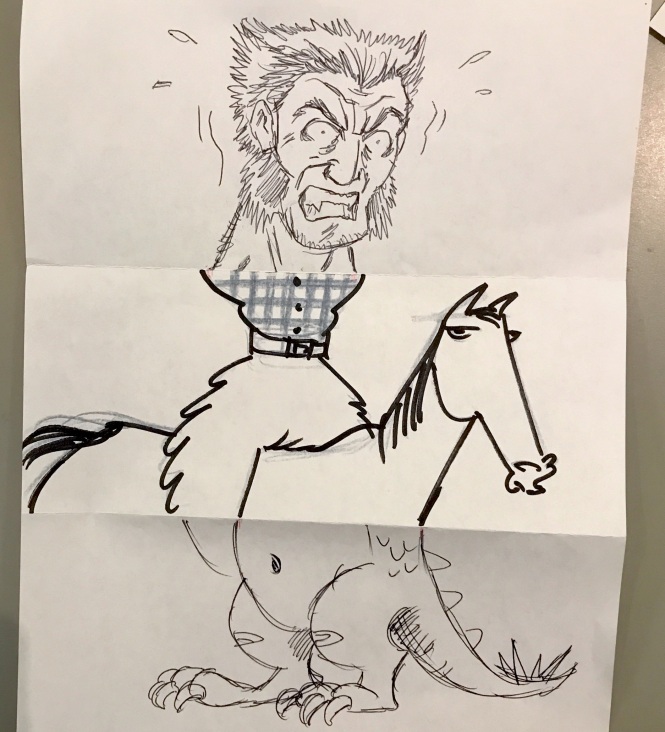 Tonight was a hilarious parade of Wolverine-headed chicken horse dinosaurs, and coffee-stirring Sideshow Bob yetis sinking into quick sand as we made “collaborative drawings” at the Covenant House of California! That’s where one person starts a character from its head down to the neck, folds the paper so no one can see what he’s drawn, passes it to the next person, who draws the neck down to the hips, passes it along on and on until the character is complete.

Our artists, who hail from shows like Teenage Mutant Ninja Turtles, Scooby Doo, Penn Zero, 101 Dalmations and Phineas and Ferb, combined with the bursting talent of the young artists at the Covenant House created the most stupifyingly hilarious characters and we can’t wait to come back here and do it all again!

Thank you to everyone at the Covenant House, to our West Coast Director, Joseph Scott  and our trusty band of volunteers: Jeremy Arambulo, Joseph Garcia, Christian Lignan, and Ashley Simpson.