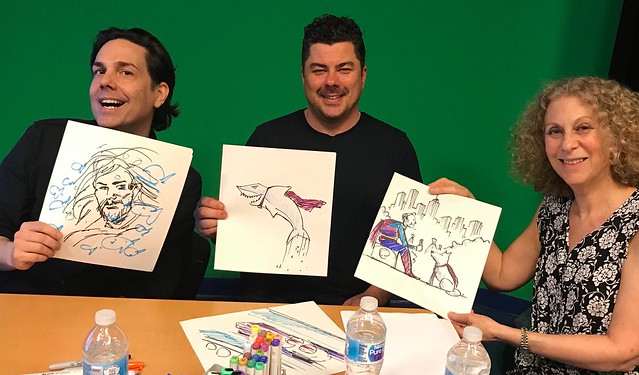 We had a wild drawing show at Mount Sinai Hospital this week! New Yorker cartoonist, Corey Pandolph, and DC/Marvel Comics artist, Dennis Calero, taught how to draw superheroes while the kids texted in advice, like “make Superman’s costume all the colors of the rainbow!” and “draw a bunch of flying fish!” Then they made Corey and Dennis have a speed draw-off, where they drew as many characters in as little time as they could, which was hilarious.
Thank you so much to Elana Amity for hosting, to Corey and Dennis for volunteering, and to all the kids at Mount Sinai who helped us put on a fantastic show.